During the preparation for the first vibration test, the parts come together to a complete experiment.

Yesterday we used this opportunity to test the deployment of the boom and the self-made cameras. The following video was recorded by one of our self-developed cameras with a frame rate of 100 fps. To get a better impression of the deployment, the video was slowed down to 10 fps. The results are very respectable.

A few days ago we recieved the springs for the cube jettison mechanism. These were provided by Febrotec Federn. The springs enable the seperation of the cube after the deployment of our drag sail. This is necessary to avoid damage to the rocket recovery parachute. The springs will be triggered by cutting a holding string with pyrotechnical cutters. This is how the assemby looks like:

Few weeks ago we received our Cube Mounting Device, sponsored and manufactured by ASM – Axel Selbach Metallbearbeitung. For the handover Mr. Selbach, head of the company, personally came to Aachen and visited us at the Institute of High Frequency Technology. Thank you for this great support and interest!

The Cube Mounting Device is located between the Cube and the Base Unit and represents the mechanical triggering and jettison mechanism of our experiment as well as the interface to the Cube.
Therefore two holding strings connect the spool and the structure of the cube to a stretching system, which holds both parts against the force of springs. For triggering of our experiment a pyrotechnical cutter, separates the string connected to the spool, which now is pushed up and free to deploy the drag sail. After the deployment we have to eject the cube from the rocket to reduce the risk of damaging the recovery parachute. To do so the second string is cut and four springs push the cube out of the Cube Mounting Device.

After returning from the CDR at the DLR in Oberpfaffenhofen close to Munich in Germany it’s finally time to release some information about one of the most challenging parts of our electronics – the optical medium speed camera, in short: OMC.

What is its task?
First, there are four of it on our experiment, as its job is to capture the deployment of the complete drag sail. Using multiple camera angles, we’ll be able to reconstruct the movements of the booms and the sail in 4 dimensions using a method called photogrammetry.

How do we do it?
There are basically three important parts in it, starting with the data acquisition. We use an Aptina MT9V034 CMOS image sensor. It was chosen because of a relatively high frame rate (60 fps at WVGA resolution, 800×480), with the option of reducing the resolution to increase the frame rate.
The second part in the chain is the processing. For this, we use a Blackfin Digital Signal Processor from Analog Devices; but not directly, as quite some additional engineering effort would be necessary.
To reduce complexity, a Blackfin Core-Module from Bluetechnix is used.
The last part in the chain is the storage. As the requirements are quite high, we have an IDE interface with attached solid state disks as well as an SD-card.
At this point, special thanks go out to our sponsors at Intravis (www.intravis.de) for the disks and to Multi Circuit Boards (www.multi-circuit-boards.eu) for the PCBs!

How far are we?
Of course not as far as we wanted to be – but we achieved quite something, as we had only very little time to actually develop our application or debug existing problems. We already managed to record videos from the image sensor, although they don’t have as many FPS as we wanted them to. Even the IDE bus is working now – a 90° angled connector seemed to disturb the bus timings far enough to create random errors.
Development continues!

But here, finally a snapshot from one of the OMC’s videos! 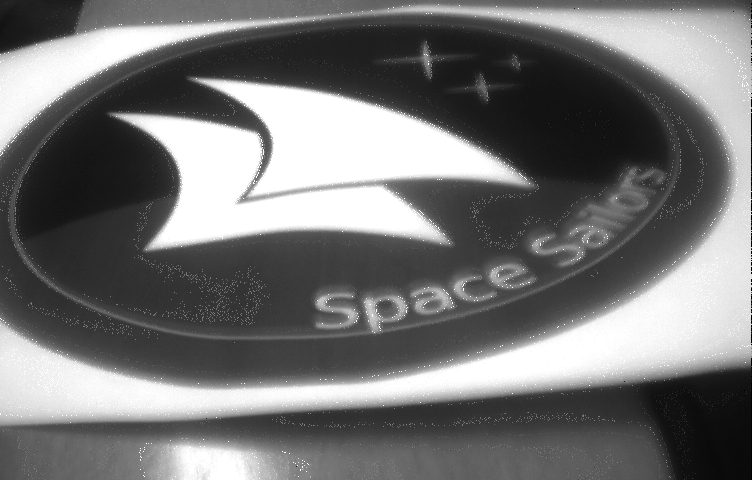