As next week is the Critical Design Review (CDR) at Oberpfaffenhofen, the design has been refined a lot since PDR level. For the Cube itself this means changes to reduce friction in the mechanical deployment system and to ensure a neat fitting structure. The drawings for every part has been made, and manufacturing solutions have been discussed. Further we are happy to see that some parts are already in production or have arrived from our sponsors for example the booms from Cobra Bandstahl.
So we are looking forward to have some parts ready for the CDR. 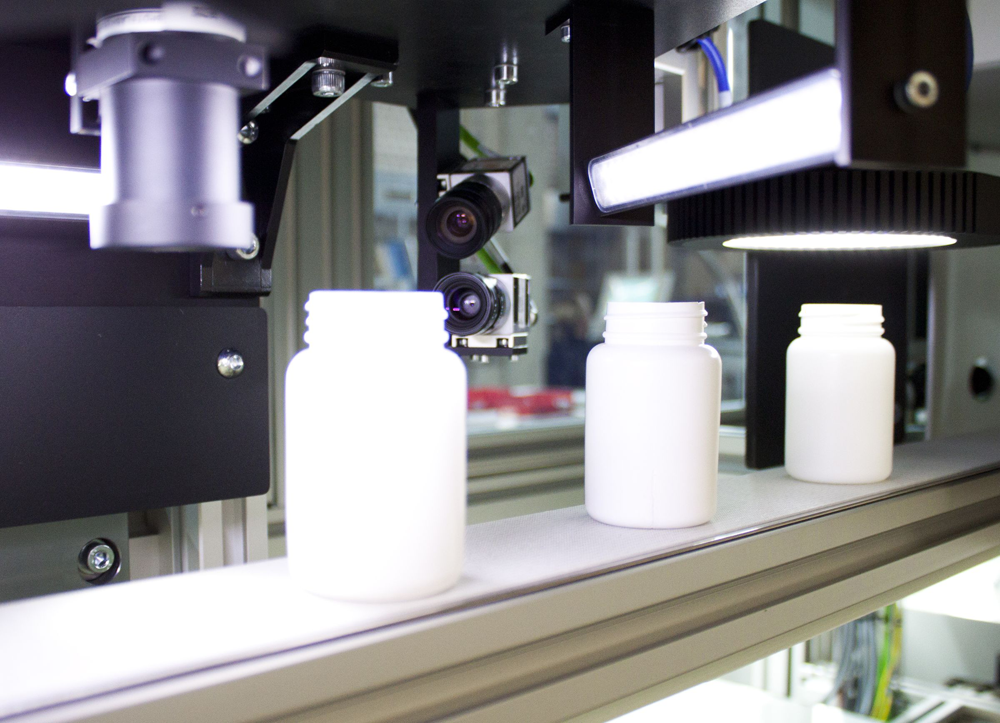 Last week we were invited by the company INTRAVIS from Aachen. INTRAVIS is specialized in quality control of plastic packaging by means of optical systems. We were welcomed by the technical director Mr. Klaus Schönhoff, who started off by giving us a general overview of the company. In return we then had the opportunity to present our project and especially our camera modules. The following tour afforded us an extensive insight into the development, testing and production of the various monitoring systems. Also of great interest to us was the information we received on the founding of the company and the connected building of the company structure. Even tough our project is of a much smaller scale we were able to see parallels to our founding and organization efforts.

We thank Intravis for the interesting insight into their company and are very pleased that we could win them as a sponsor for our camera modules.

February 26th to March 3rd : we had a lot of fun going to Student Trainingweek at Esrange Space Center, northern Sweden. 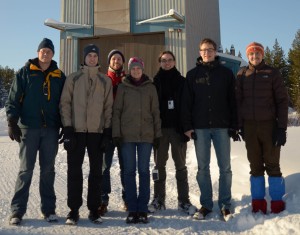 As always early in the year, the Experts of SSC, DLR and ESA called the Rexus and Bexus Teams for a Trainingweek to learn more about rockets and balloons, listen to lectures about related topics and to have their PDRs. As the place for this Trainingweek alternates yearly between Oberpfaffenhofen and Esrange, we were lucky to go to Sweden.
Packed with warm clothes our team flew to Stockholm. From there all teams continued their journey to Kiruna, where the expected cold of -25° Celsius welcomed us. With buses we went on to Esrange and after everyone got their security-cards a great dinner was waiting for us.
The same evening we went out to see our first aurora borealis. Not knowing that in the course of the week we would experience far stronger ones, we were very excited about the green ribbons of light slowly moving in the sky.
The next morning was early and the timetable was tight. Although the lectures and workshops were indeed interesting and helpful we were glad about a never ending coffee supply. In the evening there was a pub-night where we got to know the experts and where Nino, Matti and Kai got into debt of chocolates over a bet about a magic trick from Kuen DeBeule of ESA. This evening we also received the hint that our PDR would be the next day.
So the next morning, while the other teams had a round trip around Esrange Space Center, we remained at the main building to explain and discuss the design of our experiment. Besides some small things, which have to be changed, there were no major problems with our experiment and after our PDR we were relieved and glad that we could enjoy the rest of the week more freely now.
The next days there was a snow-sculpture contest and we saw some really great auroras. This time they were moving fast and in addition to the green we also got red lights. For the contest we built a rocket out of snow and designed our payload inclusiv sail on the top of it. The deserving winner of the contest was the AMES Team, which spent the nights building a big igloo. Congratulation!
On Friday we had no more lectures and got on the bus to visit the big iron ore mine and the Ice Hotel in Kiruna. On our way we had to stop a few times due to reindeers crossing the road. The Ice Hotel is a hotel completely built out of ice, in which the rooms are decorated with different art out of ice.
In the evening their was a closing party and a lot of people gathered around the snow sculpture of the team Ceress from Munich, which was a giant beer mug and being abused as a icebar.

Thank you to all the experts, organisers and the other teams for this great Trainingweek! 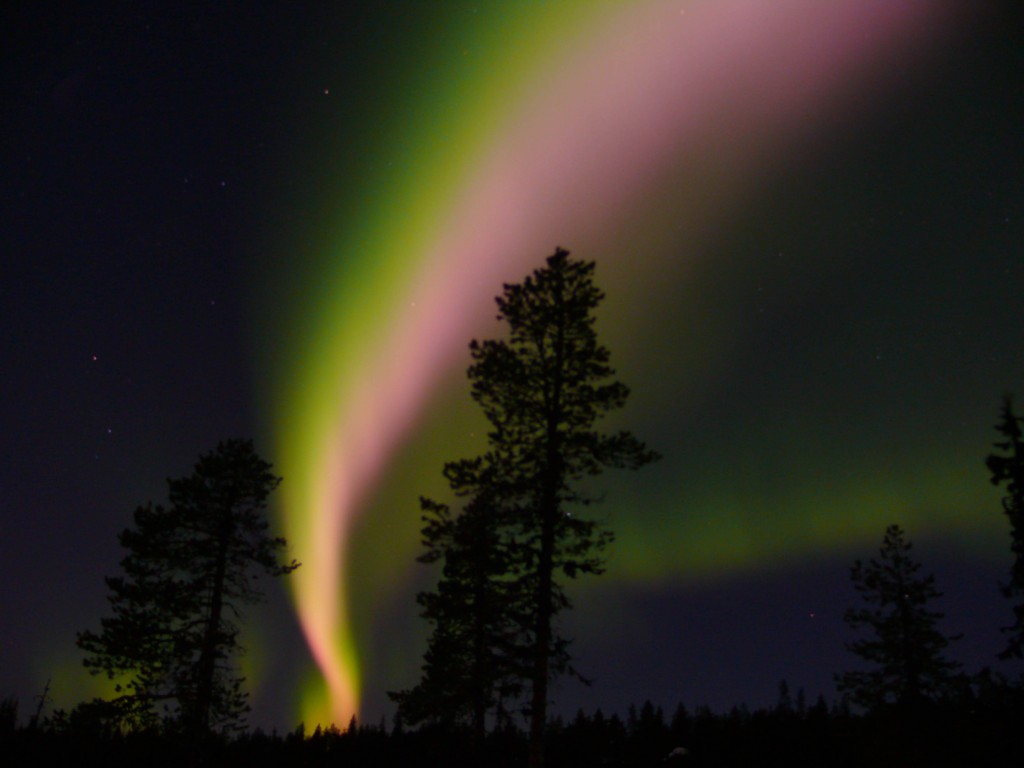 in addition to the green we also got red ligh

We had a great deal of work to do in the last few weeks. We had to submit the first version of the SED to the German Space Agency DLR. The acronym SED stands for Student Experiment Documentation. As in every space project this first of all means a lot of paperwork during the entire development of our project. Besides many technical information concerning the mechanical and electrical setup of the experiment the SED also describes aspects of the project management and outreach programme.

Our first version of the SED presents the preliminary design of EDOD on about 80 pages. A team of experts will now evaluate this design and give us feedback during the Preliminary Design Review (PDR). The PDR will take place during our training week at Esrange in northern Sweden from 27.2. to 3.3.2012. Currently we are working on a short presentation which we will give there.

We are looking forward to have a great and instructive week in Sweden!